I finally got around to porting the code to Linux-based OS, tested on Ubuntu 20.04. The latest source can be found on github: https://github.com/SerbanL/Boris2, which contains full instructions on compiling from source using a makefile. Both the CPU and GPU computational routines have been ported, but the graphical console available in the Windows compilation has not been ported yet for Linux. The reason for this, initially I’ve written the graphical interface using DirectX11 calls, so the plan is at some point in the near future to rewrite this into a portable graphical interface with SFML. For now however only a basic text console is available for Linux (this was initially intended just for debugging purposes as it’s really just the graphical console text output with all the text formatting specifiers stripped out), but the code is fully functional on Linux and can be conveniently controlled using Python scripts. 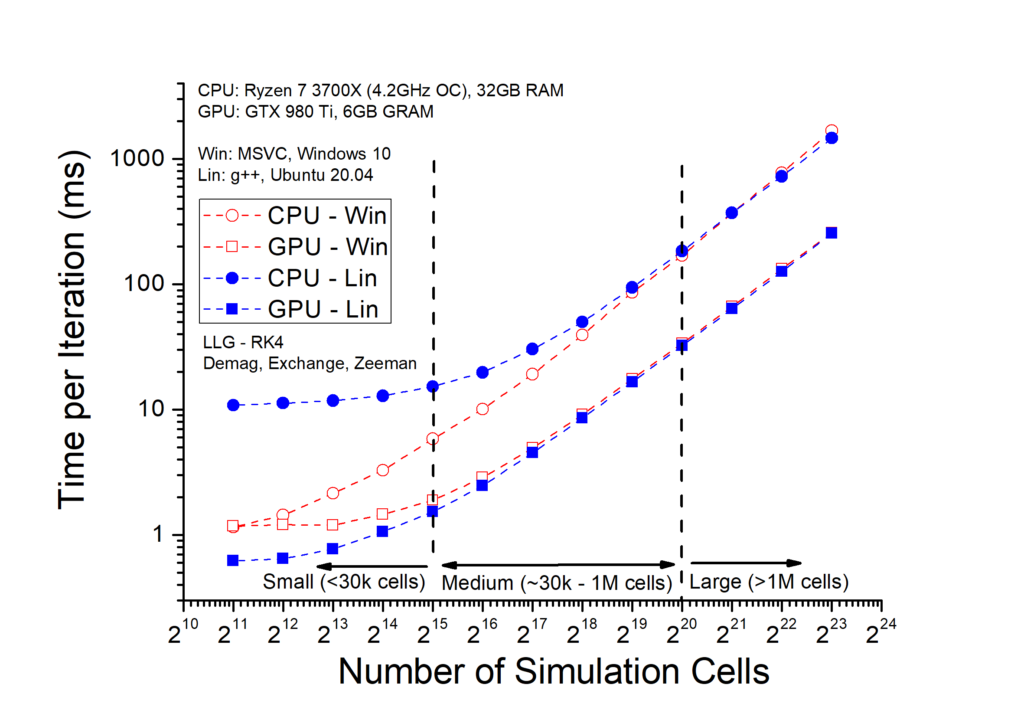 EDIT: This problem has been solved in v3.0, see here for explanation.

The code version is 2.8 gamma. I need to update the manual and examples, and run an exhaustive testing cycle, but after this I’ll release v2.8, and this will finally be followed by a dedicated publication on Boris before I do any more development.