I’ve done some benchmarking tests on the new RTX 3090 workstation. Used the usual benchmarking script found on github. Results shown below, where the speedup factor is calculated against benchmarking results on the 1050 Ti card. 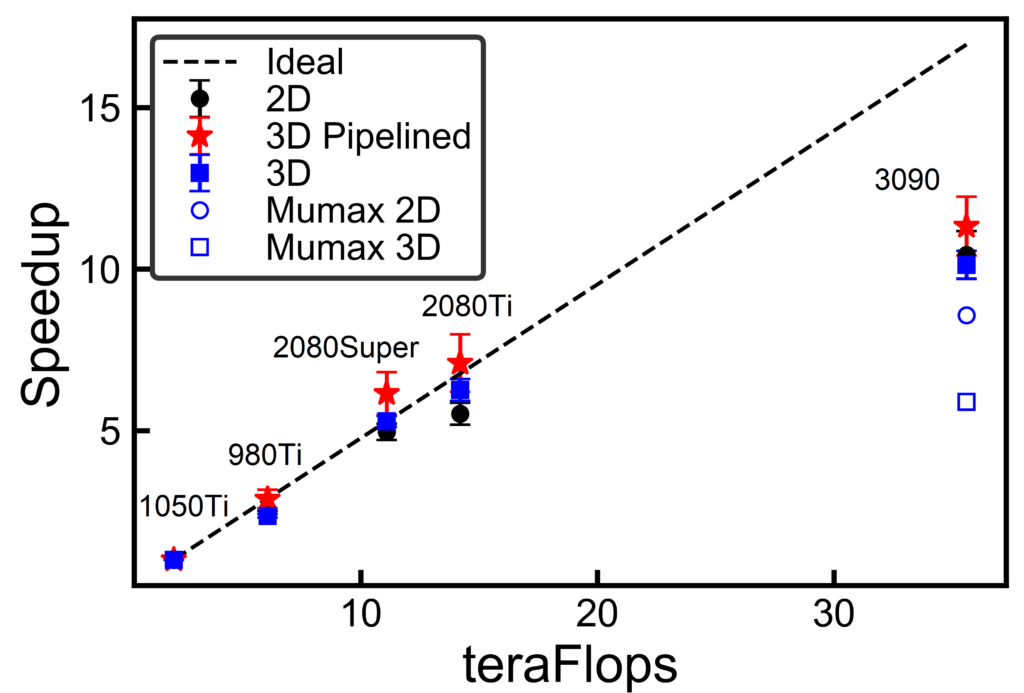 Evidently significantly faster compared to previous cards, but falls some way short of the ideal scaling law, which might suggest there’s scope for improvement of the code for the Ampere architecture; or maybe this is just Amdahl’s law in action.

To get more of a feel for this I thought I’d also see how Mumax3 fares on the 3090, so ran the same computation with it; mx3 script also on github. I expected the results to be roughly in line with previous comparisons. Not so! A bit hard to believe but for 3D computations Boris on 2080Ti is faster than Mumax3 on 3090, at least according to these data. I’ve double checked this, but not entirely sure why Mumax appears to run so slow on RTX 3090. Looks like there’s scope for efficiency improvement in the mumax code on this architecture, which in a way gives me hope the Boris code could also be improved here.